Women of color don’t need to be told to “lean in.” Research shows that the vast majority of them have confidence and ambition, determination and desire.

According to a recent Nielsen survey, for example, 64% of black women in the United States agree their goal is to make it to the top of their profession; that’s nearly double the percentage of non-Hispanic white women with the same goal. McKinsey and Leanin.org meanwhile report that 83% of Asian women, 80% of black women, and 76% of Latinas say they want to be promoted, compared to 75% of men and 68% of White women in their study.

And yet, despite representing about 18% of the U.S. population, women of color represented only 4% of C-Level positions in 2018, falling far below white men (68%) and white women (19%). Even graduating from a prestigious business or law school doesn’t help much. Of the 532 African-American women who earned their MBAs at Harvard Business School between 1977 and 2015, only 67 (13%) have achieved the highest-ranking executive positions, compared to 161 (19%) of African-American men and 40% of a matched sample of 150 non-African-American HBS alumni.

It’s clear that the factors preventing women of color from advancing at work are quite different from those holding white women and even men of color back.

These include microaggressions, double standards, and unconscious bias to name a few. A 2006 survey of employees from five large U.S. companies found that women of color are most likely to experience workplace harassment among all groups. They are often held to a much higher standard than their white and male peers and presumed to be less qualified despite their credentials, work product or business results. 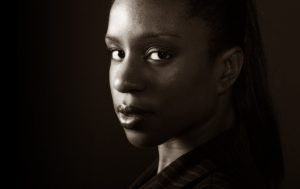 Perhaps even more alarming, they receive less support from their managers, according to the same McKinsey and Leanin.org study. They are less likely to have bosses who promote their work contributions to others, help them navigate organizational politics, or socialize with them outside of work. Thus, they’re often left out of the informal networks that propel most high-potentials forward in their careers. They lack the kind of meaningful mentoring and sponsorship that is critical for getting ahead.

This is not always a conscious decision on the part of managers: When looking for employees to sponsor, most executives apply the same rules we use when seeking out new friends: they search for people like them, with similar life experiences. While this is human nature, it can also reinforce existing gender and racial biases. After all, white Americans have, on average, 91 times as many white friends as black friends.

How can leaders help the women of color on their teams to advance? We propose six actions that can be taken immediately.

Take initiative. Being the only woman of color on a team can be extremely taxing. You’re torn between authenticity and assimilating. In the face of this tension, women of color often opt out of happy hour and other social events and rarely share the personal details of their lives as openly as their white and male counterparts. Managers can help employees overcome this hesitation by extending a personal invitation to attend office gatherings and making it clear that they look forward to getting to know them better. We’ve heard that some male bosses have become more cautious with female reports in the wake of #MeToo, but appropriate personal outreach – equal to the socializing you do with colleagues more like yourself and with whom you feel instantly comfortable – is important.

Give credit where it is due. Women of color often feel invisible at work, and justifiably so. Several studies have found that black women’s statements were remembered less quickly and less accurately than those of their white female and male peers. Managers should make people more aware of this unconscious bias and openly call out instances where good work is being underappreciated or ignored. They must also highlight the contributions of these women through formal and informal communication channels, so the praise is on the record. 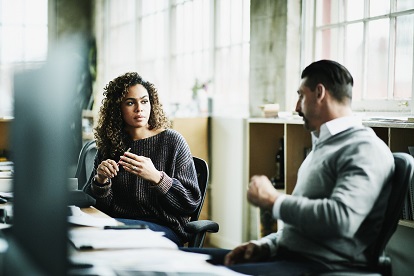 Provide honest feedback. It can be difficult to share critical, real-time advice – especially when there is an element of difference (race, gender, age) between the giver and receiver. Worried they will be perceived as racist or sexist, managers typically default to feedback that reflects “protective hesitation” rather than the candor women of color need to develop. Bosses should instead push themselves to deliver feedback in a manner that shows they care deeply about their employees’ personal growth and advancement but are unafraid to call out the areas for improvement. In his book The Culture Code, Dan Coyle recommends this prompt “I’m giving you this feedback because you’re part of this group and we care about you and we think that you can do better at….”

Assess potential, not just competencies. Few executives have all the competencies desired for leadership roles. In these instances, hiring managers often make a bet on who they believe can do the job well based on their past experiences and qualifications. But this can have the unintended consequence of excluding women of color, who probably haven’t been given the same opportunities as their white and male colleagues. So it’s important to also widen the candidate pool by recruiting and assessing for potential as well. Egon Zehnder has, for example, created a model that provides organizations with a systematic and objective way to evaluate curiosity, insight, engagement and determination, which it believes are the leading indicators of future competence in leadership roles.

Check for bias. While 42% of companies check for bias in reviews and promotions by gender, only 18% track outcomes for the compounding bias of race and gender. Tracking the performance of women of color and the velocity and rate at which they’re hired and promoted versus their peers is the only way to measure progress in creating a more diverse leadership bench. If for example, the average manager being promoted during a review cycle has driven less business growth, managed smaller teams and been responsible for a less significant P&L than an Asian woman who has also advanced, or one who hasn’t, that is clear grounds for further investigation. Without the data however, such cases might fly under the radar. 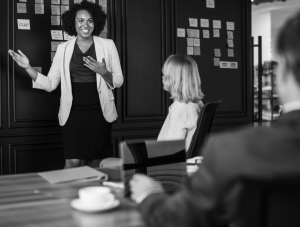 Ask why. Exit interviews are one source of rich anecdotal data on the effectiveness of diversity and inclusion programs. But very few companies have implemented a mandatory exit interview policy for diverse employees that systematically asks why they are leaving. These conversations can provide rare insight into the experiences of women of color and can be fertile ground for new ideas on how to improve the overall employee experience before talent walks out the door. If HR doesn’t take up this cause, managers can do it themselves, informally. There are also confidential third-party software solutions like tEquitable and All Voices designed to help employees anonymously report harassment and bias and offer resources and action plans.

Women of color are a motivated, engaged group of high-potential future leaders. Companies and individual managers who want to create more diverse and ultimately more successful teams need to do more to ensure that diverse female talent isn’t left behind.